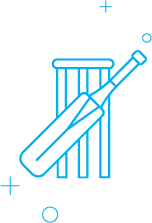 mjunction conducted the eAuction on behalf of the Board of Control for Cricket in India (BCCI) for awarding media rights for all non-IPL matches of the national cricket team. It was the first time that BCCI used eAuction for awarding such media rights. With cricket media rights attracting international attention, mjunction has played a key role in designing and implementing a fair, transparent, and equitable solution. The media rights were sold for INR 6138.1 crores, surpassing expectations from the client.